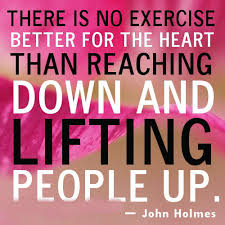 One of the many lessons that I learned on my mission trip to Costa Rica was this: When you take the time to encourage someone – either through prayer, a kind deed or word, your time, or with words of praise – it not only makes a difference in THAT person’s life – it changes YOURS.

Our trip had one purpose – to teach children about the love, hope, and grace that only Christ can give. We played games, jumped rope, taught Scripture, enjoyed skits, sang songs, shared prayer requests and made crafts. Last, but not least, we made friends. My only regret was that I didn’t brush up on my Spanish prior to going, but I found that our lack of (verbal) communication didn’t prevent us from bonding, loving or caring for one another. Hugs and smiles are universal.

Another challenge that my husband and I faced was the fact that we really didn’t know anyone. I had reconnected about a year earlier with a friend (through FB) from high school, and she invited us to join their group. I have no doubt that we were reunited for a reason. That week was one that I’ll treasure forever.

There were about 70 people who were separated into several groups so that we could reach as many communities as possible. After being gone all day, we all came back together for dinner and to be refueled spiritually. If you’ve ever been involved in a VBS, then you KNOW how exhausting it can be – mentally and physically. Just picture having to cram children onto a bus to finish your crafts and lessons because it’s pouring down rain. Imagine having to move your VBS site from a dirt field to a small church, one that didn’t have electricity. Nothing was ‘convenient’, but the important thing was – the love of God was there. THAT was the only necessity.

Every night, people would share something that stood out that day – something that was a “God” moment. All 70 of us would then shout “Gloria a Dios!” in unison. It still gives me chills! Tell me who (in their right mind) could be at a football game, and not jump out of their seat and cheer when their team pulls out a miraculous win?! So, why don’t we do that with answered prayer, or with our God moments?! How many times do we witness something that God has done, and we just think “Oh, that was nice!” and then simply go on with our day?! Doesn’t he deserve more than that?

Next, we had the opportunity to share something about someone in our group (or from another group) who we felt deserved words of praise or encouragement, then everyone would yell “Big Ups!” for that person. I loved hearing people cheer for one another. It was so refreshing!!! What was even more thrilling was the fact that we weren’t just individuals sitting in a room anymore, we were becoming unified.

What a week. If you ever have the opportunity to go on a mission trip, I would encourage you to do so. I think everyone should go at least once in their lifetime. There are so many lessons and blessings – I could go on and on. It stretches you, changes you, allows you to see what you are made of – and who you are. It makes you see that life is not about you.

One more important thing that I almost forgot to explain….At the beginning of the week, each person was asked to write their name on a small brown bag. They were tacked up around the dining area, and every evening we could write a little note of encouragement – or whatever – to whomever we wanted to. Everyone had a bag – our interpreter, leader of the mission, and I believe our bus driver even had one. Every day, I would make the effort to write a few notes. I never looked inside of mine because I was sure that NO ONE had put anything in mine. Why would they? Only a few even knew my name! It was good, though, to learn to make the effort to encourage others. I would remind myself – It’s not about me…

The goodbyes were hard. I hated saying goodbye to the children, and was totally unprepared for how difficult it was to leave fellow missionaries at the airport. I started to cry, and then sobbed – something I rarely do.

When we were home and unpacking, I finally got the nerve to open up my little brown bag. Once again, tears started to flow down my cheeks as I found several handwritten notes inside. It was so unexpected! All messages were different. Most were serious, but I did get one compliment about my indoor soccer skills (haha!). I even found one from my dear husband, thanking me for being a follower of Christ and for leading him to this place. The last note I read was from my sweet high school friend, Becki. She said: “It was God’s plan for us to be here together! He’s so good!” All I could think of was “Gloria a Dios!”. To God be the glory.

The point here isn’t about traveling to another country so that you can encourage someone. No, you can do that right where you are. Lifting others up may only take a moment, but the result may last for a lifetime. Who will you lift up today?